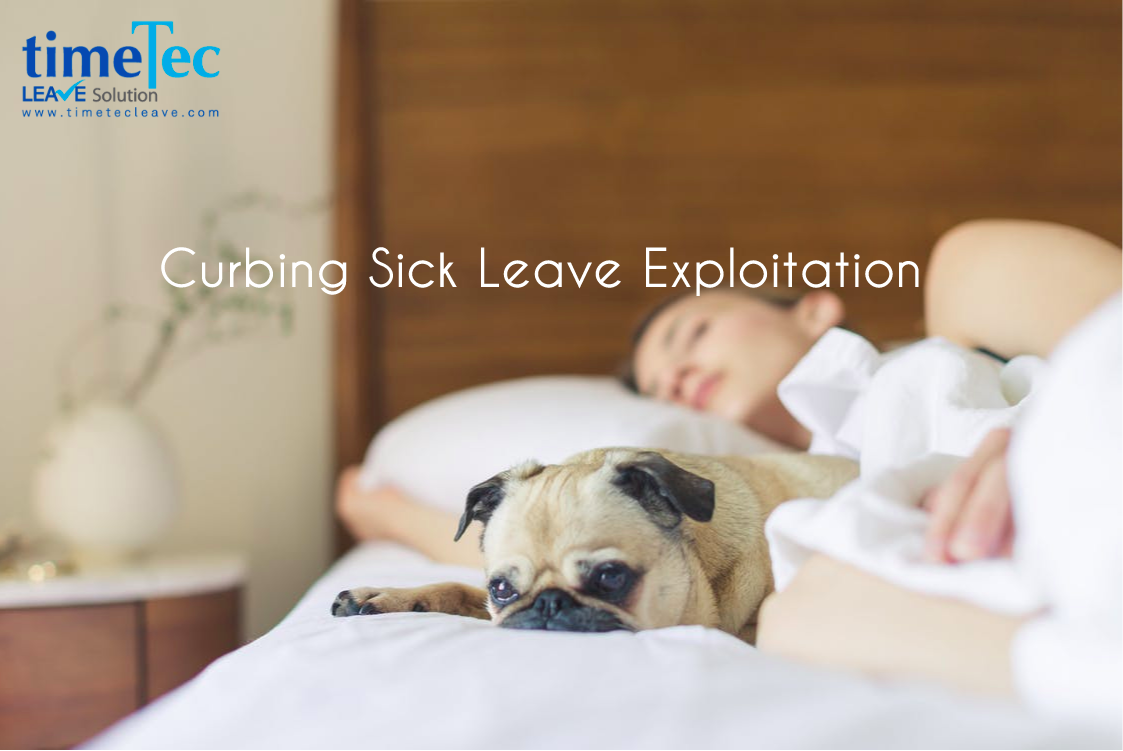 If you happen to study your company sick leave application pattern, the spike will most likely be found on Mondays and Fridays. The reason is simple, because those two days lead to a longer weekend. The sudden disappearance of workers is also observed during school holidays and summer vacation period.

Unscheduled absence in the workplace is not something business should treat casually because it leads to lost in productivity and money. According to the Gallup-Healthways Well-Being Index surveyed 94,000 workers across 14 major occupations in the U.S. Of the 77% of workers who fit the survey's definition of having a chronic health condition (asthma, cancer, depression, diabetes, heart attack, high blood pressure, high cholesterol or obesity), the total annual costs related to lost productivity totaled $84 billion.  This figure is a fraction of all the sick leave applied by employees including the genuine and the abused ones.

It’s rather tricky for employers to suspect/accuse employees of abusing sick leave because most of the time employees can produce medical certification obtained from clinics. Be careful as to not be harsh in asking for explanation, as this could cause staff disengagement that will further put the company at a disadvantage. Rather, your company should think about creating a clear and concise company attendance policy that can nip the problem in the bud.

The attendance policy should address on tardiness issues, for example the number of absences observed from an employee, number of times coming in late, and number of early departures. The attendance policy should also tackle those who fail to get permission for leaving early or coming in late; fail to give advance notice of an absence when possible; fail to report an absence properly; and fail to submit medical certification upon request. When the employees know that the company does not take unscheduled absences lightly, the tendency of them abusing the sick leave could be reduced.

You also need to spend some time analyzing your company’s sick leave abuse trend and identify employees who happen to be in the spike more often than the others. What type of sickness are these employees usually have and take sometimes to schedule a meeting with them to understand more about their health status. Annual health check can also be initiated to get an idea of the overall health status of the workforce. Company can also create a program to curb sick leave abuse through positive reinforcement such as providing monetary reward to those who rarely take sick leave. Finding the root cause of sick leave abuse problems helps in addressing the core issues. If you find that sick leave abuse does happen in your company, it is recommended that the company offers them counseling or refer them to employee assistance program to rectify the matter once and for all.